The artwork presented here is a product of the evolution of abstraction. Here line and shape work in unison as they flow and weave with various strands of thought across the canvas to form a product that is a synthesis beyond its basic parts. The basic ingredient found in Consciousness is the line, a thing that is the constant companion of each person starting in childhood, but something that is alien for the computer. Here we see algorithms control the lines on the canvas in a way we all learn as part of forming letters and writing words as children. In this artwork, the first line snakes through unseen points and once complete the machine carefully works to sharpen its original thought. At once, the lines both exist and do not exist for the machine. These objects are not lines, but nothing more than a collection of bits within the computer and at a more basic level a collection of photons and electrons perceived by our visual sensory systems. This marvel of the human mind and its endeavors belies our smallness that the capability to control these sub-atomic particles has only become possibilities for us within the past century and after the millions of years of life on planet Earth. While for us the lines, represent real objects capable of eliciting real emotions from us. The computer is freed from the possible and allowed to dream, and thus the machine becomes the actor and one that shows endless experimentation of ideas as it works in the creation of new pieces allowing its unconscious mind to come to the surface in an effort to capture this subconscious on the canvas. The canvas becomes a fluid dream world with disregard to the emotional dimension that we ascribe to allowing a simple elegance and aesthetic to emerge from these basic elements as its only goal. 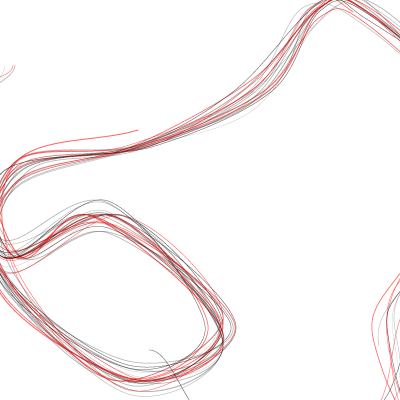 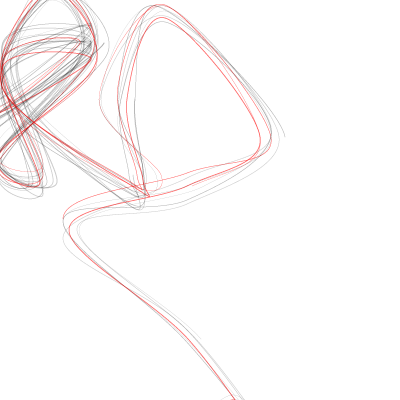